Ayanna Pressley, a Democratic Massachusetts Representative claimed Wednesday that gun makers are “inciting violence” against black people while upholding white supremacy. Pressley falsely claimed that the ad had been “promoted by” the NSSF. Ryan Busse, senior adviser to the Giffords Law Center clarified that the NSSF ad was not displayed at the conference but from AR companies.

The ad depicts members of ANTIFA clad in black confronting a group of armed men holding AR-15’s. It states that “not today ANTIFA” is not the case and names four cities: Boston, California, Portland, Oregon, Charlottesville, Virginia, and Boston. (RELATED : ‘That’s the Point’: Rep. Nadler admits that a bill will confiscate guns in ‘Common Use

Pressley then, Christopher Killoy, President of Sturm Ruger & Company was questioned about the ad by Marty Daniels of the NSSF Board of Directors. Busse, Killoy, and Daniels repeatedly told Pressley that although the ad wasn’t sponsored by the NSSF they host a trade fair and display the ad.

I think that the point is still valid. Black and brown communities will be targeted as long gun makers have no immunity from selling their weapons of war through harmful marketing techniques. This must change. Pressley stated that despite white supremacy my neighbor and I remain unaffected in our pursuit of justice and healing, and will not allow gunmakers to incite violence against ourselves with impunity. 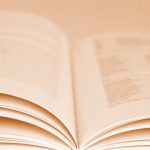