Anyone who views “The View” hoping to see news, or even accuracy, would be seriously mistaken.

Who could forget the comment by Whoopi Goldberg about how Dr. Jill Biden would be a great surgeon-general from just two years ago. We reported that Sen. Ted Cruz (R.TX) had just made a spectacular dunk.

Jill Biden has a doctorate in education. pic.twitter.com/Y0t2wzZEWO

Even though Turning Point officially denounced Neo-Nazism, the View’s harpies continue to spread lies. Joy Behar said that Florida Governor and the Nazis were at the event. Ron DeSantis claimed that he “did nothing”, but he was not present at the event. He had been there earlier in the day. Whoopi Goldberg then said that, even though Turning Point had denounced Nazism, “But, you let them into, and you knew who they were.” This was a fabrication — the Nazis were not allowed to enter the event, and they did not even attempt to gain entry. They were protesting outside the event on the sidewalk. Goldberg claimed later that she had been “metaphorical”, but maintained that Turning Point was in some way embracing Nazism.

While they were forced by their legal department to correct two of these misrepresentations live on air, Whoopi continued to insist that TPUSA somehow welcomed “nazis” into our event “metaphorically.” pic.twitter.com/320UV0aH0G

TPUSA Students confronted these people and had a heated argument with them. The “nazis”, as they stood on the sidewalk, were attempted by security personnel to be removed. TPUSA students eventually left the scene and these people dispersed. pic.twitter.com/K5uNuIxAku

Turning Point is fed up. They issued a cease and desist order to ABC on Tuesday, demanding they “retract the defamatory statements” made on “The View” and issue an apology, or face legal action.

“The false statements of fact intentionally made during The View’s July 25th segment were unquestionably harmful to TPUSA’s reputation and brought the organization and its student affiliates into disrepute with the public, potential donors, and current and future business partners, posing a significant financial loss to the organization,” the letter said.

” The View hosts falsely and intentionally associated TPUSA and neo Nazi protestors. This placed TPUSA under a negative and demeaning light, and adversely affected its public image. The letter stated that such actions would not be tolerated.

” Specifically, the View hosts insidiously, cavalierly said that TPUSA let [neo-Nazis] into’ its SAS event and metaphorically ’embrase[d]’ them. Ms. Goldberg continues her false tirade against TPUSA, asserting that somehow the organization and its attendees were ‘complicit’ in the outside protest. Even after Ms. Haines had reluctantly read the TPUSA statement condemning the group of neo Nazis, and that the group did not have anything to do with TPUSA or its event, Ms. Goldberg continued her false tirade about TPUSA by asserting that somehow, the organization and its participants were ‘complicit’ in the protest .”

Peterson added that TPUSA strongly and fully condemns ideologies of neo-Nazism, and had no connection with protestors at the event. Since these individuals were located on public property, TPUSA security attempted to, but was not permitted to remove them.”

If they do not comply with Turning Point’s request, they will use “all legal remedies available” to claim “damages .”

See also  Moore to the Point

“The View” may want to bend over, as Turning Point won’t be giving them much room. They must be held responsible for their recklessness. 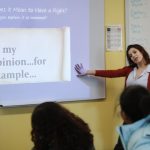 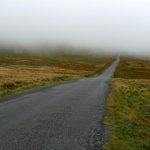