The U.S. is interested in stable Western hemisphere. However, reckless spending in Latin America gives rise to our adversaries.

Colombia’s new president-elect Gustavo Petro is a career far left politician, who likely has a Che Guevara poster hanging on his parlor walls. He will be inaugurated next month. Many observers predict he will join the Havana-Caracas-Managua club of Marxist radicals. How much gasoline the new president and his allies will throw on smoldering societal divisions in Colombia is an open question, but the fact that Petro’s instinct as a young man was to join the M-19 guerrillas is not encouraging.

Broadly speaking, there are two tiers to the western hemisphere’s latest swelling of the “pink tide.” The hardline Marxist dictatorships are typified by Cuba, Venezuela, and Nicaragua–the core of the so-called ALBA movement–who rail against Washington, radicalize their societies, lock up their enemies, and spread chaos and revolution outside their borders when given opportunity. Some are more doctrinaire but also ideologically loud and definitely U.S. skeptical. This group was once best represented by Correa’s Ecuador, Castillo’s Peru, and Boric’s Chile.

Whichever one of these groups Petro chooses to join as he demands a “new dialog” in Americas, it is certain that he will shut down U.S. security cooperation represented by Plan Colombia, Washington’s most severe foreign assistance program.

The U.S. is deeply involved in Colombia since decades. This complicated story did not end in Petro’s election. When Colombia’s security situation became dire in the late 1990s, most foreign-policy conservatives agreed that genuine U.S national interests were tied to the fate of this key Andean country. Not only did Colombia have to deal with transnational drug trafficking, terrorism and also had to support a fragile national government to stop a rebel insurgency which could cause revolutionary Castroism to spread and create a massive northbound migration diaspora.

While Mr. Monroe’s doctrine is not applicable to Colombia’s hornets nest, it was a solid foundation for U.S. law-enforcement, intelligence and counter-insurgency cooperation. There was bipartisan support for the robust counternarcotics operation, which Congress intended to take drugs off the streets in America and keep Bogota’s economy from collapsing.

The massive assistance story started when Colombia’s former President Andres Pastrana Alango was struggling to survive in the face of political and drug violence. FARC guerrillas held vast areas of Colombia. He famously asked Washington for a Marshall Plan. Pastrana believed he would be able to get more U.S. Security dollars. However, Pastrana also wanted to see a significant increase in American-financed economic and social development. Pastrana used the old saying that while security threats can be addressed, it is important that we address all the underlying economic and social causes. This was straight out of LBJ’s Great Society book.

The Marshall Plan was created to aid the recovery of the first-world European economies after the Second World War. Washington was not provided with any guidance in the development of countries with persistent poverty, corruption, low private sector capacity, or a road map.

Won over by Pastrana. The Clinton White House and National Security Council granted counternarcotics aid priority when justifying the mission. However, they also gave the USAID and State Department the authority to allocate probably half the total aid for institutional, economic, and social development programs. Washington will design an aid program to achieve its goals, regardless of whether the objective is to move peasant farmers from growing coca or to distract rural youths form Marxist recruiters. Although U.S. diplomats and military advisers were counted by the hundreds rather than thousands of people on the ground, financial assistance from the United States grew year after year to the millions.

The Clinton administration handed the ball to Bush’s team. They emphasized counterterrorism cooperation and support for President Alvaro Uribe’s noble efforts to defeat FARC in the field. The staggering count of violent deaths in Colombia, which had climbed to over 80,000 a year in the early 2000s, began to fall dramatically, down to under 1,000 by 2015. Washington’s huge dump of resources was certainly a factor in this hard-won political stability. But, the number of 20 violent deaths in Colombia, which had risen to over a year ago, began to fall dramatically, falling below 1 by .

Despite Uribe’s protest, FARC guerrillas never intended to fire on the Presidential Palace, Castro-style. However, it was still a precarious situation, as the events that followed would show. This was partly because Uribe failed to achieve his goal of eliminating the FARC. However, he did manage to reach a ceasefire with his successor.

Signed in Havana by the international community and the clever Cubans, Colombia’s “Peace Plan”, which brought together the FARC and radical allies to the country’s electoral process, was called the Colombian Peace Plan. Both Caracas and Havana had realized that Colombia would eventually be ruled by them through the ballot, rather than using the same Chavez strategy in Venezuela.

When tallied up, “Plan Colombia” became a two-decade, $10 to 12 billion assistance enterprise that was all over the policy map, consisting of needed security cooperation along with vast infusions of social and economic aid, topped off with a peace plan. Even today, State Department and USAID are still spending $800 million annually in Colombia.

But with President-elect Petro, a radical leftist who is now set to enter the Presidential Palacia de Narino (Bogota), many conservatives will ask: Was it worth it?

Plan Colombia supporters argue that Washington’s antidrug trafficking strategy was not only supported by the majority of the US Congress, but also the best plan (with due regard to the liberty-based decriminalization option). The plan was able to effectively eliminate the threat of drug trafficking, they claim.

But, upon review it appears at worst to be a mix bag and possibly a failure. Colombia’s cocaine production data, perhaps the key indicator, show the numbers going down until about 2013 and then starting back up. Even the GAO reported in a comprehensive 2018 review: “State and other U.S. agencies involved in eradication and interdiction activities in Colombia have not evaluated these efforts to determine their long-term effectiveness in reducing the cocaine supply.” That is government-speak to say that nobody is making a convincing case that the plan worked.

We don’t know how Colombia’s cocaine production would have soared without the two decades-long U.S. effort. However, we do know that drug traffickers who face resistance in one country shift cocaine cultivation to another site, like Peru or Bolivia. Washington’s aid, although often substantial, has not helped these countries to build a nation on the scale of Colombia. It is possible that such an endeavor would have led to a similar mess, or even failure. Along with the ongoing debate about U.S. strategies in combating coca cultivation, cocaine trafficking and other issues, Peru and Bolivia are susceptible to being elected anti-U.S. leadership which will end any counternarcotics cooperation. This is a clear indication that both countries have elected leftist governments (Evo Morales closed down Bolivian cooperation), and it’s time to reconsider the strategy.

There is no easy answer, but the most common-sense conservative approach is to recommend more Realpolitik that pursues no more than maintaining limited law-enforcement and intelligence cooperation where possible, so as not to leave the field totally to our enemies. Plan Colombia’s nation-building plans are far from the best. As the rose tide in Latin America has yet to reach its peak, the United States is likely to face even more ALBA-type hostility. We can just wait for a Cold War-like geopolitical scenario to develop. Realpolitik focuses on direct threats to the U.S. homeland. This does not seek to win the war on drug, which is impossible, but instead calls for real defensive actions in an unstable region.

According to the Counterinsurgency Scorecard, Plan Colombia supporters claim that U.S. aid was crucial in helping the country not be the next Che Guevara inspired revolutionary outpost in South America. They may have been right in short-term that Uribe won the field but this must be compared to the rise of the pink tide.

The Obama administration supported the Colombia Peace Plan strategy to include FARC rebels in the fragile democratic process. However, it was risky. Before the agreement was ratified by career politicians, Colombians rejected it in a referendum. To see that a Chavez-like demagog could take advantage of this opportunity to win a presidency election and end U.S.–Colombian security cooperation, it didn’t take a Machiavelli or Castro.

Is Petro a new Chavez in lamb’s clothing? The danger is real, regardless of whether he plans to follow Venezuela’s path or is simply a puppet whom other people will force along the same route. This complicated story teaches us one thing: Washington’s ambition to build a nation is foolish when it comes down to our enemies gaining the keys of the kingdom via the ballot box. 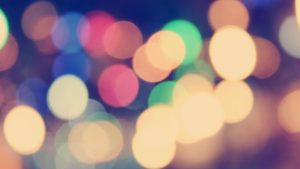