According to Politico, the top-spending committee for political action in this primary cycle targets anti-Israeli progressive Democrats and boosts their opponents.

UDP has deployed more than $22 million in races in Ohio, Michigan, Maryland, North Carolina, Texas and California, according to OpenSecrets. UDP and AIPAC have helped six preferred candidates move past the primary while only experiencing one loss this election cycle, Politico reported.

One of the most contentious battlefields in this election cycle is happening in Detroit’s Democratic suburbs. Redistricting has pitted two incumbents against each other, Politico reported. Haley Stevens is a former Obama official and faces Andy Levin who comes from a politically active Jewish family. According to Politico,

Levin was the bill author that would have made two-state solutions the U.S. official policy towards Israel and Palestine.

The United Democracy Project has spent more than $3million in Michigan, flooding airwaves and television with advertisements to support Stevens. In an interview with Politico Levin claimed that AIPAC is playing “politics in domination”, where it uses its funds to “control or prevent open space to engage rationally about Israel and Palestine “. Most recently, AIPAC spent more than $4million to defeat Donna Edwards, a former Maryland Democratic Rep. Edwards scathingly criticized the group on Twitter as “Republican donors” who “have no place in Democratic primaries.” (RELATED: Democrat Meddling In GOP Primaries Sees Mixed Results)

We’re running a real grassroots campaign– and if you think Republican donors have no place in Democratic primaries chip in a few dollars to help us cross the finish line! https://t.co/TxQruTcC4e

Conservative hedge fund manager Paul Singer and Home Depot co-founder Bernie Marcus are among AIPAC’s top donors, according to Politico. J Street and other liberal pro-Israel organizations have supported this attack on Levin in Michigan.

J Street ran ads in the Detroit metro area attacking Stevens for taking “hundreds of thousands of dollars from a group that’s supporting Republicans who voted to overturn the 2020 election,” the ad’s narrator states over images of protesters storming the Capitol on Jan. 6, 2021.

Stevens also supports a two-state solution in Israel and Palestine, according to her campaign website. She does not, however, support the defunding of U.S. assistance to Israel’s weapon systems, as Levin did.

AIPAC and UDP did not reply to the Daily Caller News Foundation’s request for comment.

Content that The Daily Caller News Foundation has created is free to all news publishers who can reach a broad audience. For licensing opportunities of our original content, please contact [email protected] 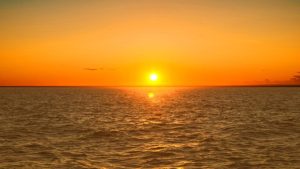