All that turnover on Kamala Harris’ public relations staff doesn’t seem to be doing much good, does it?

The vice president spoke on Sunday and delivered a couple of choice clips, at least if the goal was to offer evidence of how terminally awful she is as a politician. While discussing the topic of abortion, Harris decried the existence of pregnant women, calling it a “real issue.”

KAMALA HARRIS: “Women are getting pregnant every day in America, and this is a real issue.” pic.twitter.com/hWErnMztJf

Sometimes I’m still taken aback by how Democrats talk about the killing of children in the womb. Harris proclaims that it’s an “issue” that women are getting pregnant before vomiting Mad Libs about “what is at play, what is at stake,” as if babies being born is some grand evil that must be avoided.

To be frank, her comments are not only morally bankrupt, but they are also how civilizations die. Children are not the enemy. They are not a plague that must be destroyed with “haste,” as Harris says. Abortion is barbaric, and it’s also logically destructive to society. And while Democrats in the past have managed to toe the line on the issue in a way that doesn’t alienate most people, Harris’ rhetoric is exactly why most Americans can’t stand her. She’s a textbook, far-left kook feminist, and that’s not a popular thing to be in the United States.

Then there’s the fact that Harris is just not very smart, which was underscored in this next clip where she attempts to address Florida’s Parental Rights in Education law.

KAMALA HARRIS: “We’re gonna stand up against a law that says ‘don’t say gay’ basically restricting K-3 teachers in Florida to be able to love openly and teach what they believe is important for people to understand.”

1) The Florida law literally says none of that.

Putting aside that she obviously has no idea what the Florida law does (or she’s openly lying about it), Harris’ suggestion that teachers need to be able to “love openly” in classrooms is eye-raising, to say the least. As a parent, the last thing I want their teachers to do is flaunt their sexuality and love “openly” while in the presence of my children. That’s such a weird, disturbing thing for Harris to say, and even then, it may not be the most absurd.

In the second part of her statement, the vice president says that teachers should be able to “teach what they believe is important for people to understand.” Let me disabuse her of that notion with no equivocation. Teachers do not have a right, nor is it proper for them to teach what “they believe.” Rather, it is the place of parents to decide what should be taught in classrooms and what they want their children exposed to. The idea of teachers being autonomous and having some right to freedom of expression while on the job is insane, and there’s a reason there’s been a nationwide backlash to revelations of such.

Again, Harris isn’t one of the least popular politicians in the country simply because she’s as authentic as a Chinese guitar. No doubt, that’s part of it, but also at issue is that her public positions are highly objectionable. This is a woman that believes in some radically harmful stuff, and the more she speaks, the more people see exactly who she is. 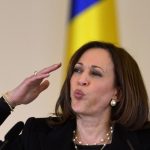