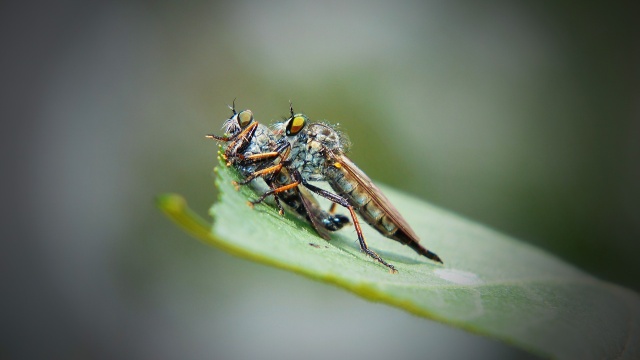 Jane Coaston, a NYT journalist says that you shouldn’t listen to doomers. She is someone on the doomer side of things and has an observation about how doomerism (by making people feel helpless and paralyzed) can be a self-fulfilling prophecy. However, it is not a good idea to ignore the fact that your house may be on fire and the heat coming down the hall doesn’t come from the sun.

Also, in The Times, an article wonders Why cannibalism has become a popular culture trend. Excerpts:

An image came to Chelsea G. Summers: a boyfriend, accidentally on purpose hit by a car, some quick work with a corkscrew and his liver served Tuscan style, on toast.

That figment of her twisted imagination is what prompted Ms. Summers to write her novel, “A Certain Hunger,” about a restaurant critic with a taste for (male) human flesh. It turns out that cannibalism does have a place and a time. According to Ms. Summers, as well as other authors, the time for cannibalism is right now.

There is “Yellowjackets,” a Showtime series about a high school women’s soccer team stranded in the woods for a few months too many, which premiered in November. The film “Fresh,” released on Hulu in March, involves an underground human meat trade for the rich.

“Lapvona,” Ottessa Moshfegh’s novel published in June, portrays cannibalism in a medieval village overcome by plague and drought. Agustina Bazterrica’s book “Tender Is the Flesh,” released in English in 2020 and in Spanish in 2017, imagines a future society that farms humans like cattle. Also out in 2017, “Raw,” a film by the director and screenwriter Julia Ducournau, tells the story of a vegetarian veterinary student whose taste for meat escalates after consuming raw offal.

Still to come is “Bones and All,“ starring Timothee Chalamet. It is about young love and its transformation into a desire for human consumption. The film will be available later in the year, or soon thereafter. Its director, Luca Guadagnino, has called the story “extremely romantic.”

The pilot episode of “Yellowjackets” shows a teenage girl getting trapped, bled out like a deer and served on a platter in a terrifying ritual. Bloodthirsty fans continue to dissect the scene on Reddit, where a subreddit message board dedicated to the series has more than 51,000 members.

People actually desire to see this? What TV channel?

As to what may be fueling the desire for cannibalism stories today, Ms. Lyle, the “Yellowjackets” co-creator, said, “I think that we’re obviously in a very strange moment.” She listed the pandemic, climate change, school shootings and years of political cacophony as possible factors.

There is something to it. This is a sign of how our civilization and culture have become so obsessed with sensation that we fetishize death.

In Live Not By Lies, I cite Hannah Arendt’s claim that one sign of a society rapidly progressing towards totalitarianism is one that embraces transgressiveness for its own sake. Excerpt:

The post-World War I generation of writers and artists were marked by their embrace and celebration of anti-cultural philosophies and acts as a way of demonstrating contempt for established hierarchies, institutions, and ways of thinking. Arendt stated that some writers glorified the will of power: “They readnot Darwin, but the Marquis de Sade .” Her point was that they didn’t use respectable intellectual theories as a justification for their inhumanity. These authors immersed themselves into the worst aspects of human nature, and considered it acts of liberation. Arendt’s judgement of postwar elites that snubbed respectability can easily be applied to today’s liberal principles such as fair play, race neutrality and freedom of speech. Arendt wrote:

The members of the elite did not object at all to paying a price, the destruction of civilization, for the fun of seeing how those who had been excluded unjustly in the past forced their way into it.

Regarding transgressive sexuality as a social good was not an innovation of the sexual revolution. Late imperial Russia, like the West today, was also full of what James Billington described as a “preoccupation with sexuality that was quite unlike anything in Russian culture.” Sexual adventurism and celebrations of perversion were common among the intellectual and social elite. Not just the elites, but also the working masses. Without a church to guilten them or gossip to shame their souls, they found solace in sex alone.

We now live in the Culture of Death. In this culture, books, TV, and movie dramas about human eating are considered pleasurable. Even Jane Coaston may not, you know where it is heading. Pay attention to the signs.