An upset crowd of protesters met President Joe Biden’s motorcade during his visit to Somerset, Massachusetts, on Wednesday.

Biden visited Massachusetts to discuss his plan to combat climate change, an issue consistently ranking low on the list of topics American voters see as pressing.

However, Biden’s motorcade was met by a crowd of protesters in Massachusetts who were upset with his job performance on his way to his speech.

In a video, local Massachusetts residents can be heard shouting in disapproval at Biden’s motorcade as it passed through the state.

The Massachusetts residents chanted “let’s go, Brandon,” which has become a euphemism for “f*ck Joe Biden” among conservatives nationwide. In addition to the chants, the crowd loudly booed the president’s motorcade.

One protester can be seen flipping off the presidential motorcade in disapproval.

“Go home,” shouted some of the local residents. Another resident can be heard calling the presidential motorcade “pieces of shit.”

Other residents protested the president with signs that expressed their disapproval. Somerset resident Melissa Terra, who organized a group of anti-Biden residents, said protesting the presidential motorcade “is a way for people to say how they feel and let Biden know that some of us don’t appreciate some of their policies.”

Massachusetts is not the only state to greet Biden with the unfriendly “let’s go Brandon” chant.

In April, one protester holding an Easter Bunny head shouted “Let’s go Brandon” at the president when he made a trip to Seattle.

In January, Biden was met with the “let’s go Brandon” chant as his presidential motorcade arrived in Pittsburg, Pennsylvania.

Biden was similarly met with chants of “let’s go Brandon” when he visited Kentucky after a tornado hit the Mayfield area in December. 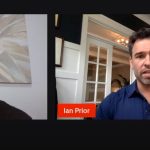 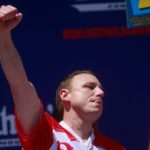 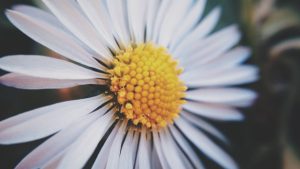