FORT GOORDON, Ga. — One soldier was killed and nine were injured in a lightning strike that struck an Army post, according to authorities. The storm moved through the area Wednesday, officials said.

The extent of injuries sustained by the survivors was not immediately clear.

” “It is with heavy hearts Fort Gordon confirms that one of the soldiers who were struck by lightning this afternoon has died,” Anne Bowman, Fort Gordon’s deputy public affairs officer said.

The soldier’s identity won’t be revealed until the family has been notified by Bowman. Fort Gordon did not release details about the conditions of nine other soldiers who were injured.

authorities at Fort Gordon in the eastern half of the state said that the lightning strike struck around noon, injuring soldiers training in an area. According to a base press release, Fort Gordon’s Department of Emergency Services and Emergency Medical Services responded quickly. 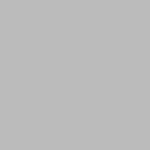 FACTCHECK: Did the Georgia Guidestones get replaced by a Donald Trump Monument