Pro-abortion protesters have been demonstrating outside Kavanaugh’s home since a leaked draft of the Supreme Court’s opinion in Dobbs v. Jackson Women’s Health Center indicated the court would overturn Roe v. Wade. In June, Roe v. Wade was overturned by the court.

” “The vast majority here are pro-choice,” Lyric WInik, a neighbor to Kavanaugh, told The Washington Post .. “And the very vast majority of people here think that these protesters have gotten out of control.” (RELATED: Protesters Reportedly Force Kavanaugh To Flee Out Rear Of Restaurant)

Emily Strulson, who wrote “Reproduction Rights are Human Rights” on her driveway in response to the Supreme Court’s actions on Roe v. Wade, now sees the abortion protesters’ methods as disturbing.

“I get where their passion is from,” she stated. “But I’ve had enough.”

Justice Kavanaugh’s neighbors are fed up:

“Requests to the protesters to reduce volume, Winik said, are quickly rebuffed. She said, “They call us fascists.” “This is not healthy. We’ve got kids on this street scared to leave their homes.'”https://t.co/d8SnvQaVQi

Kavanaugh’s neighbors criticized the protesters “not [for] their presence so much as their volume and their often jarring language.” Neighbors who criticize the protesters have been called “Karens,” or worse, according to The Washington Post.

They just call us fascists,” Winik said to the outlet. This is not healthy. According to The Washington Post, there are children on the street who fear leaving their houses .” Strulson said that they haven’t allowed them to go outside because of “fear” from protesters. I am concerned about the safety of all children in our streets, even my own,” he stated. 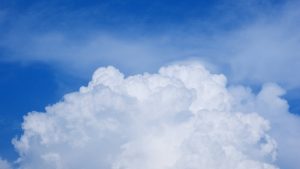