President Joe Biden’s economic approval hit a new low in a CNBC poll released Monday, and is lower than at any point under the Trump or Obama administrations.

Only 30% of Americans approve of Biden’s handling of the economy, a score five points lower than his April rating, according to CNBC’s All-America Economic Survey, which polled 800 people and was conducted July 7 to 10.

Support was even lower among Republicans, as only 6% of whom approved of his economic program, while 58% of Democrats approved. The poll found that 51% of voters think Biden’s efforts to fight inflation are doing nothing, while 30% believe his efforts are making things worse.

Gas prices have been dropping for 34 days straight, about 50 cents a gallon. That saves the average driver about $25 a month.

I know those extra dollars and cents mean something. It’s breathing room. And we’re not done working to get prices even lower.

These ratings are lower than the worst economic ratings throughout Donald Trump and Barack Obama’s presidencies, which were 41% and 37% respectively, according to CNBC. (RELATED: ‘One Of The Worst Downturns’: Mark Zuckerberg Blasts Biden’s Economy In Warning To Employees)

The economy appears to be affecting voters’ behavior too: 65% of respondents said they were trying to spend less on entertainment, 61% are driving less and 54% are cutting back on travel, the poll found. A third of the respondents were using credit cards more, the poll found.

Only 22% of respondents believed the economy would get better in the next year, while 52% thought it would get worse and six in ten said they expected a recession in the next 12 months.

The White House did not respond to the Daily Caller News Foundation’s request for comment. 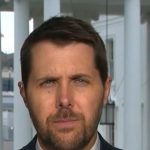 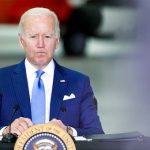 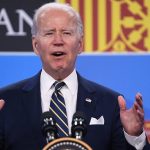