Dutch farmers have formed “freedom convoys” to protest against proposed emissions regulations that could limit the number of livestock a farmer can possess, according to Fox News. The Washington Examiner reported that the Dutch protestors were joined by people from Germany, Italy and Spain last weekend.

One image posted on Facebook claimed to be from the Dutch protests. The image shows a man pulling a plane from a hangar using a tractor. The caption reads: “Private jet taken from a government hanger by angry farmers” The image was taken before the protests began and wasn’t made in the Netherlands. A reverse image search revealed it is actually a screen grab from a short video that can be found on the stock photo website Pond5. This video features the same man pulling the aircraft. The video is dated March, and it includes a description that suggests it was shot in the Democratic Republic of the Congo. Jet being tow by tractor from African airport Lubumbashi (DRC).” The description of the video reads.

There are no credible news reports to suggest a private jet belonging to Rutte has been stolen. (RELATED : Is this video showing German farmers protesting against vaccine mandates? )

Social media users are presenting old photos as new images of Dutch protests. Check Your Fact recently fact-checked one image that was linked to the current protests but was actually from 2019.

See also  FACTCHECK: Is this video showing dancers performing at a NATO event? 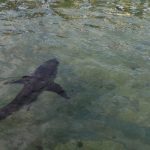 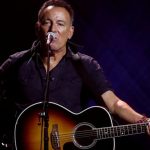