In Ohio’s redrawn 9th Congressional District, some residents will be in for a shock when the calendar turns to January 2023.

Whether Marcy Kaptur, a long-serving Democratic Rep., is elected to her seat or if J.R. Majewski, a Republican U.S. Air Force veteran, nuclear energy executive, wins, a section of northwest Ohio’s population will elect a representative with a platform that is vastly different than what they have come to expect.

Kaptur is 76 and is closely aligned with President Joe Biden. She has a lifetime rating of 11. 85 by the American Conservative Union. Biden was given a 12. 57 rating during his tenure in the U.S. Senate.

She was first elected to the U.S. House in 1982 when President Ronald Reagan was midway through his first term.

The 42-year-old Majewski was deployed to Afghanistan in Operation Enduring Freedom, built a career managing nuclear power plants, and gained national acclaim when he painted a Trump 2020 sign in the yard of his Port Clinton home near the Lake Erie shoreline.

For a decade leading to the current election cycle, the 9th District covered 140 miles of Lake Erie’s coastline, including the Democratic strongholds of Toledo in northwest Ohio and Cleveland in the state’s northeast corner.

Kaptur breezed to election victories, consistently securing more than 60 percent of the vote.

Now, Ohio’s 9th District has been redrawn to include the rural northwest corner of Ohio, where Kaptur was never a representative. There are more conservative voters. Cleveland has been removed from the district.

With Biden’s approval rating at 36 percent, and inflation at 9.1 percent, Republicans are confident that they will regain control of the House in November. To achieve this goal, the party must gain five more seats.

Political Forecasters Give Republicans an Edge in Winning the District.

Kaptur has been added to the Democratic Congressional Campaign Committee’s “Frontline” program for vulnerable House Members.

Majewski was named one of the National Republican Congressional Committee’s “Young Guns,” which identifies the party’s top U.S. House recruits for 2022.

The NRCC stated that it would spend approximately $1 million on the Toledo media market which also includes the 9th District.

“”In Congress, J.R. (ex-president) stated in a statement that he will continue to promote American energy and secure the border. He will also support farmers, preserve life, fight for electoral integrity and give our veterans the care they need.”

In 2020, Majewski received national media attention, and subsequent scrutiny, when he turned his 19,000-square-foot triangular front lawn into a banner for Trump.

A year earlier, he had placed a large American flag outside his home to show support for military veterans.

After Biden’s withdrawal from Afghanistan, Biden handled the U.S. military withdrawl. He painted Trump as a stencil portrait on a blue, red and white background.

” I’m sending an S.O.S. to former president Trump, because the United States of America requires leadership now more than ever,” Majewski stated in a statement.

In her 40th year as a congresswoman, Kaptur is s senior member of the House Appropriations Committee and the longest-serving female House representative.

Though fellow Ohio Democrats–including U.S. Senate candidate and current Rep. Tim Ryan, and former Dayton mayor and gubernatorial candidate Nan Whaley–have distanced themselves from Biden during recent visits to the state, Kaptur continues to praise the man who was first elected to the Senate in 1972.

“Joe Biden was the first President in my life–and that is one reason why I’m running again, because I want to help Joe as much I can–that kind of gets it,” Kaptur told reporters recently.

“He is a Delaware coast guy. He grew up as the son of a father who had lost his job. .”

Last Wednesday, Biden visited Cleveland to promote an initiative under the American Rescue Plan. It will stop pension cuts for up to two-to three million retirees and workers.

Economists believe that the American Rescue Plan has contributed to the rising inflation rate. But Kaptur informed the audience members who waited for Biden’s speech about the plan being part of the “American Dream” that it promises a stable, secure retirement .”

” I hope he is listening in the backroom,” Kaptur stated. Welcome back, President Biden. Welcoming back !”

“God love you, Marcy,” Biden said. You are the best. You do it all: unions, foreign policy

In 2021, Kaptur supported the $3.5 trillion Build Back Better Plan and said its passage is “an enormous win for the American people.”

The University of Pennsylvania Penn Wharton Budget Model projects that the Build Back Better Act will lead to a $2.1 trillion spending increase over 10 years.

Last Month, Kaptur said to Fox News Digital she supports Biden should he choose to run for another term in 2024..

” A lot can be accomplished in just two years. But if President Biden becomes the nominee, I will vote for him.” she stated. He is the one who has passed an enormous infrastructure bill which helped many people from my region of the country.

Majewski admits that he faces a challenge unseating a 40-year House member, but he believes that voters in the redrawn district are ready for new representation.

“Marcy Captur is completely out of touch and struggling everyday Americans to fuel their cars, purchase groceries, support their families,” Majewski stated.

Majewski declared that he would be running for the Republican nomination in the 9th District before the new map was drawn. Running against Craig Riedel, a state senator and Theresa Gavarone (who had greater money and recognition), the first candidate was faced with long odds.

Yet, when results were announced in the May 3 Republican primary, Majewski earned the nomination with 35.7 percent of the vote compared to Riedel’s 31 percent and Gavarone’s 28.5 percent.

” I was thought to be a distant candidate, but people who believed that were not people who understand the feelings of many Republican voters about today’s political climate,” Majewski stated to The Epoch Times.

” I self-funded the campaign that led to the primary. To meet people in person, I spent hours covering every district. I have never thought of myself as a longshot .”

“Establishment Republicans believe that you must be a politician in order to get a seat on the House of Representatives. Majewski stated that this is not true.

Majewski is still being criticized by those who think he’s “just another guy who painted Trump banners in his yard.” But he insists that he’s a veteran of the military and has managed multi-million dollar projects in nuclear energy.

A poll released by the Associated Press-NORC Center for Public Affairs Research in June showed that 40 percent of respondents think the increase in gas prices is the nation’s top concern, an increase of 26 percent since December 2021.

The survey also found that 33 percent of respondents think that gas and energy prices are the No. 1 issue.

Gun issues were the highest concern for 30 percent of the poll’s respondents while 16 percent listed abortion as the most prominent issue.

Jeff Louderback, a National Reporter for The Epoch Times, is based out of Ohio. He covers the U.S. Senate and U.S. House as well as the gubernatorial races within Ohio and other surrounding states.

White House Rejects Blame For Deadly Migrant Smuggling Event In Texas, Says Border Is ‘Closed’
Previous post Bill Nelson, Lori Garver, and How We May Lose the Moon to China 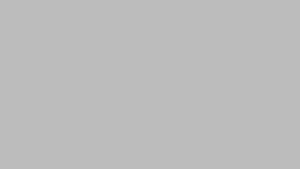