What Is A Human?

‘What is a woman?’ is not the real question. Transgenderism is a gateway to transhumanism

As ever, Paul Kingsnorth’s Substack is one of the most important Substacks in the world, and it’s not even close. In his latest essay, Kingsnorth talks about how the public controversy over transgenderism is not really about male and female. It’s about human nature itself. The beginning of the essay is a reminder about how insane — honestly, insane — the public dialogue is around trans today, and how fast it got there. Five years ago, if you had said that a Berkeley law professor would have testified contentiously before Congress that women aren’t the only people who give birth, people would have thought you were bonkers. But it happened this week. Excerpts from Kingsnorth’s latest:

Back in America – now ground-zero for the abolition of biology – thousands of girls are undergoing double mastectomies, and teenage boys are being given ‘puberty-blocking’ drugs designed to chemically castrate rapists. Eleven year old girls are taught that ‘if you feel uncomfortable in your body, it means you are transgender’ – which may explain why, in some classrooms, a quarter of the children identify as precisely that. The concept of ‘trans kids’ – a notion that would have been inconceivably baffling to most people even a few years back, and for many still is – is now being pushed so hard that it starts to look less like the liberation of an oppressed minority than an agenda to reprogramme society with an entirely new conception of the human body – and thus of nature itself.

Kingsnorth gets into The Rise and Triumph of the Modern Self, Carl Trueman’s invaluable book (now out in an abridged, reader-friendly version) about the roots of the West’s falling apart, which, as PK points out, began with Trueman trying to answer the question of how it is the phrase “I am a woman trapped in a man’s body” came to be meaningful. Kingsnorth:

Meanwhile Nietzsche and Darwin both helped, wittingly or unwittingly, to undermine the foundational assumptions of Western Christianity, thus unmooring the culture from its spiritual roots. Finally, figures such as Herbert Marcuse and Wilhelm Reich provided the justification for the removal of sexual taboos which exploded in the sixties counterculture and brought us into the pornified present.

It is this latter development, suggests Trueman, that may prove to be most significant. Identity in the contemporary West is now cored around sex and sexuality – a situation which he believes ‘is arguably unprecedented in history.’ Trueman identifies Wilhelm Reich and his countercultural successors as prime movers in this culture shift. Sexual liberation, to Reich, represented the latest stage of the ongoing liberation of the individual from both nature and culture.

In his 1936 book The Sexual Revolution, Reich argued that sexual repression had been imposed and weaponised by governments and churches for centuries as a means of controlling the masses. Liberation of the individual was thus intimately tied up with liberated sexuality:

The existence of strict moral principles has invariably signified that the biological, and specifically the sexual, needs of man were not being satisfied. Every moral regulation is in itself sex-negating, and all compulsory morality is life-negating. The social revolution has no more important task than finally to enable human beings to realise their full potentialities and find gratification in life.

It doesn’t take much to move from that point to accepting that one’s “true self” is not a self that is given, or a self that is shaped by limits, but a self that is fully chosen, against the bounds presented by nature or society. Transgenderism is just the next phase in humankind’s revolt against nature, says Kingsnorth. More:

What does a transhumanist billionaire [Martine Rothblatt — RD] who wants to ‘make God’ have to do with a teenage boy who feels uncomfortable in his body? The answer is that Rothblatt is far from the only person who believes that the path to a disembodied, posthuman and post-natural future leads directly through the shattered gender binary. Looked at this way, the question of what pronouns to use, or who should be allowed into which bathroom, suddenly starts to look a lot more momentous than the newspapers are telling us. The unifying driver is the desire for trans-cendence: the latest stage in what another transhumanist, Kevin Kelly, calls our ongoing ‘liberation from matter’.

I don’t mean to suggest that the activists currently beavering away to ‘queer the gender binary’ all have this end in mind, let alone that everyyone who considers themselves to be transgender buys into this worldview, or has even heard about it. But this is the direction of travel. People with gender dysphoria, girls with short hair, boys who play with dolls, people whose sexualities differ from the norm: they are not, in fact, the real issue.

The real issue is that a young generation of hyper-urbanised, always-on young people, increasingly divorced from nature and growing up in a psychologised, inward-looking anticulture, is being led towards the conclusion that biology is a problem to be overcome, that their body is a form of oppression and that the solution to their pain may go beyond a new set of pronouns, or even invasive surgery, towards nanotechnology, ‘cyberconsciousness software’ and perhaps, ultimately, the end of their physical embodiment altogether.

I strongly urge you to read the whole thing — and to subscribe. Unless we rise against these elite controllers, the day is coming when these writings will be outlawed.

This is all profoundly Luciferian. You know that, right? You should. Does anybody at your church ever talk about this stuff? If not, why not? If your church isn’t talking about this stuff, it is not preparing you for the present that’s here and the future that’s coming. 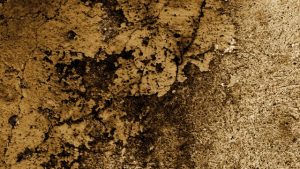