Former executive director of the Department of Homeland Security’s Disinformation Governance Board Nina Jankowicz ( Whew! ) was seen on Sunday’s CNN program “Reliable Sources”, apparently thinking she would be more credible if she appeared with Brian Stelter. Stelter spent most of his adult life advocating the debunked Russia collusion conspiracy. I don’t know why Stelter thought it would make sense.

The DHS had announced the strange-sounding Board back in April. However, it halted the process three weeks later due to intense backlash from the public and (deservedly) ridicule. Jankowicz was forced to resign shortly afterward. Jankowicz resigned shortly thereafter.

It was [the Board] that fell prey to disinformation. (Insert laughter here. ) All of the narratives that Disinformation Governance Board would be an Orwellian Ministry of Truth, and that all of the harassment, disinformation, and intimidation directed at me were based upon that lie.

First, if you name something “Disinformation Governance Board”, be prepared for Orwell-like comparisons. His classic book “1984” was the first thing that popped into my head when I was reporting on the original story, and I put it straight into my headline: “In Another Orwellian Move, Biden DHS to Create a ‘Disinformation Governance Board.” Just about every other headline writer in the nation managed to get Orwell into their headlines too.

It is true that she was the center of much of the media coverage about the board’s creation, which led to lots of mockery and criticism. She brought much of the criticism and mockery on her own. Stelter is a well-known disinformation spreader, she promoted the same Russia conspiracy theory. Many of her social media comments and posts are clearly political and always support the Left.

Nina Jankowicz appeared on Stelter’s CNN program and he did not bring up any example of her spreading falsehoods. Nina trashed the motivations of her critics & claimed that “I did not post disinformation” & denied spreading disinfo in tweets on 2016 & related to Hunter Biden’s laptop. pic.twitter.com/W4YCHy0QQc

Stelter questioned why DHS wasn’t doing a better job explaining the board. It was as if better explanations would make the Board good, but it was anti-free speech and a horrible idea from the beginning. Jankowicz replied:

I have many doubts regarding the process. Brian: There was an over-focus on me due to my position within the department. I wasn’t allowed to speak for myself, and all communications decisions about how to discuss the board were made at a higher level than my salary and my decision-making level.

I was the executive director. However, there were many people involved who didn’t listen to me. It was my hope that things would turn out differently.

Jankowicz stated that she decided to resign because of her belief that the government “had just rolled over to critics who had totally spun this narrative out-of-control based absolutely on nothing in fact .”

In other words, DHS placed someone not qualified and had a lot of baggage on her Twitter account, including disinformation, and then let her dry out when things weren’t going as she planned. If she didn’t bring so much, I would almost feel sorry.

Jankowicz may not sleep well into the night. On Wednesday, she called out a Democrat–none other than House Speaker Nancy Pelosi–for spreading disinformation in a fundraising email.

While it’s not the most outrageous falsely-attributed statement I’ve seen in a ’22 fundraising email, this blatant misrepresentation of @fivethirtyeight‘s work is unacceptable. This disinformation should be dropped by the Dems (as it is likely deliberate). Instead, they need to focus on raising funds for real problems. https://t.co/zB6EhafttW

Maybe Nina is going on a revenge trip and calling out Dems all over the world. Nina should begin with Brian Stelter, who is truth-challenged. This would bring an end to the whole absurd “Disinformation Board” mess. 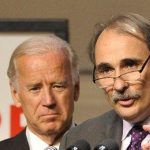 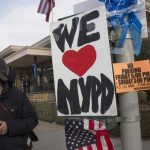