Former U.S. President Donald Trump is calling for the 2020 Wisconsin election results to be overturned a day after the Wisconsin Supreme Court ruled ballots dropboxes to be illegal.

“Other States are looking at, and studying, the amazing Wisconsin Supreme Court decision declaring Ballot Boxes ILLEGAL, and that decision includes the 2020 Presidential Election,” wrote the former president on Truth Social on July 9, referring to himself as the winner in Wisconsin during the 2020 U.S. presidential election.

“Speaker Robin Vos must make a decision! Do you want Wisconsin to RECLAIM its Electors? If so, please turn the Election over to the winner. ), or sit back and do nothing as our Country continues to go to HELL?” Trump said, urging Wisconsin State Assembly Speaker Robin Vos to decertify Biden’s 2020 win in Wisconsin.

According to the U.S. National Archives, Joe Biden received 20,682 more votes than Trump in Wisconsin, or about 0.6 percentage points; a total of 3.2 million votes were cast in the state in 2020.

Trump’s comments came a day after the Wisconsin Supreme Court ruled the use of ballot drop boxes–which was allowed under guidelines issued by the Wisconsin Election Commission (WEC) during the 2020 election–to be illegal in a 4-3 decision.

“We hold the documents are invalid because ballot drop boxes are illegal under Wisconsin statutes,” Justice Rebecca Bradley wrote in the Wisconsin Supreme Court’s majority opinion, referring to WEC’s guidelines issued in March (pdf) and again in August (pdf) 2020 allowing election administrators to use drop boxes.

” An absentee ballot must either be sent by mail, or it must be personally delivered to the clerk of the municipality at the clerk’s office. Bradley also said that.

However, these now-illegal ballot drop boxes were used across the state in the 2020 election.

According to the Supreme Court ruling, WEC administrator Megan Wolfe “is aware of 528 ballot drop boxes utilized for the fall 2020 election.” This number increased to 570 in the 2021 election, spanning 66 of Wisconsin’s 72 counties, the ruling states.

In addition to problems with the ballot boxes, Trump alleged that investments made by Meta (formerly Facebook) CEO Mark Zuckerberg in the 2020 election were a part of a bribery campaign that tilted the election results in favor of Joe Biden.

“Everybody knows what went on with the $417,000,000 that little Mark Zuckerberg ‘INVESTED’ in the corrupt 2020 Presidential Election,” Trump said. He called Zuckerberg’s funding “election bribery” earlier this year.

Zuckerberg and his wife, Priscilla Chan, donated to election offices across the country that funded official government vote counts during the 2020 elections. The couple made $419.5 million in donations to nonprofits, $350 million of which went to the Safe Elections Project of the left-wing Center for Technology and Civic Life (CTCL).

Michael Gableman, a special investigator heading the Office of the Special Counsel in Wisconsin, found that more than 200 jurisdictions in Wisconsin received “Zuckerbucks” from CTCL during the 2020 election, totaling more than $9 million.

Gableman found CTCL’s grants in Wisconsin in the 2020 election to have “facially” violated Wisconsin law prohibiting election bribery and contributed to “partisan” efforts such as the Get Out the Vote initiative run by the Wisconsin Democratic Party.

CTCL also had access to a left-leaning thinktank Brennan Center for Justice. It stated that it supported “Democratic legal, and electoral causes,” according The Journal.

The investigation into Gableman is currently suspended due to several legal disputes.

The former president cited alleged fraud that occurred statewide in nursing homes in calling for overturning the 2020 election result in Wisconsin, referring to the “Wisconsin Nursing Home Scandal where close to 100% of the residents voted (always is MUCH lower number),” referencing Gableman’s March 2022 report.

Gableman’s report found “rampant fraud and abuse” statewide in Wisconsin nursing homes and other residential facilities during the 2020 election.

Additionally, residents were unable to identify their environment, who are talking to whom, and what year, at the time they cast ballots. According to Gableman’s report, this “right to vote” was revoked by a court order after they were adjudicated mentally incapacitated.

These acts, the report says, resulted in a 100 percent voting rate in many nursing homes during the 2020 election. The report attributed the fraud to WEC staff and members.

Wisconsin Attorney General Josh Kaul said in a March 1 statement that Gableman’s report was an attempt to “overturn the will of the voters.”

WEC administrator Meagan Wolfe said in a statement, “The integrity of the November 2020 election, and of the WEC, has been shown time, and time again, through court cases and previous investigations.”

“Brave American Patriots already have a Resolution on the Floor!” the former president added, referring to a resolution (AJR120) currently on the floor in the Wisconsin State Assembly that deems the certification of the 2020 election was “contrary to law and fradulent.”

The former president is not the only one stating that the 2020 election result was not valid. The Texas GOP adopted a resolution declaring Biden “not legitimately elected” at its biennial conference in June. Arizona’s Maricopa County followed the lead.

Democrats and the mainstream media strongly denied these allegations, declaring them unfounded.

” Robin Vos must now do the right thing that everyone knows is necessary. Trump stated that we need fair and honest elections in this country. 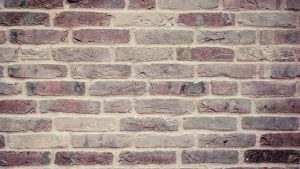