A post shared on Facebook shows footage of an “portal” that was opened in the Gulf of Mexico by the European Organization for Nuclear Research (CERN).

There is no evidence to suggest the video shows a portal opened by the Large Hadron Collider. The footage stems from a 2021 gas pipeline leak in the Gulf of Mexico.

The CERN’s Large Hadron Collider, the world’s largest particle accelerator, was restarted in July 2022 following a three-year pause, according to NPR. According to , scientists at the facility claim that the collider allowed them to see three “exotic particles”.

A Facebook video claims that the collider opened up an ocean portal. The video shows an inferno erupting in the ocean near an oil well, while boats surround it. The caption of the photo states that the “eye of fire” in the Gulf of Mexico was actually CERN’s Hadron Collider. The claim is false. The fire visible in the video stems from an underwater pipeline leak that occurred in July 2021 in the Gulf of Mexico. CBS News shared the same footage in a July 2021 article that explained the fire was the result of leaked gas that was ignited by a lightning strike. Pemex, the Mexican state-owned oil company that operates the pipeline, issued a statement about the incident also claiming it was the result of a lightning strike. (RELATED: No, This Footage Does Not Show China’s ‘Artificial Sun’ Being Launched)

Footage of the leak has appeared in articles and videos from CNN, The Guardian and The Independent, none of which attribute the incident to the Large Hadron Collider. Check Your Fact did not find any credible news reporting linking the incident to the collider.

See also  FACTCHECK: Did the Georgia Guidestones get replaced by a Donald Trump Monument 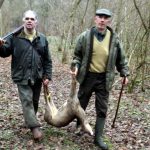