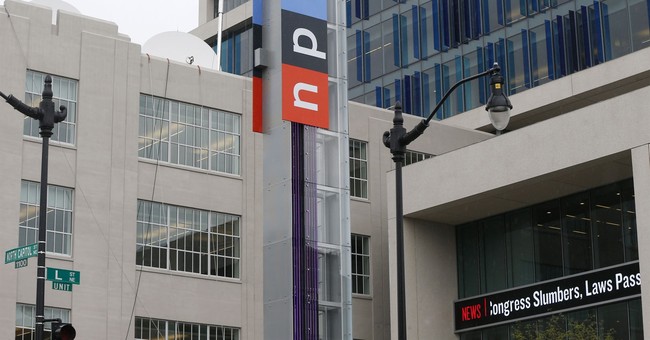 Though conservatives, in general, have never been big fans of the National Public Radio network otherwise known as NPR, one thing they have appreciated about them over the years is their annual reading of the Declaration of Independence on or around the 4th of July on-air, which they’ve done for over three decades.

Sometimes they even tweeted out the DoI line by line on Twitter in addition to including it in their programming for the day.

But in 2021, things begin to change at NPR regarding the reciting of the historic document. At the beginning of their Twitter thread (and their reading of it) that year, NPR included a “disclaimer” of sorts on how the Declaration of Independence was, in their words, “a document with flaws and deeply ingrained hypocrisies.”

“The document also includes a racist slur against Indigenous Americans,” they also proclaimed.

A year later, instead of tweeting it out and reading it on air, NPR decided to further wokeify the day by discussing “what equality means”:

On this July 4th, NPR celebrates the Declaration of Independence by reading key passages, discussing them w historians & referring to different groups of Americans who’ve quoted this founding document to argue for equality as soon as 1791 & to this dayhttps://t.co/jZIo86FrAB

This July 4th we break with tradition. Instead of a reading of the Declaration of Independence @NPRinskeep examines what equality means and has meant in this document. Important segment about our past and future…produced by @marcarivers and @bgordemer https://t.co/MxlgNaWpC1

NPR celebrates the Declaration differently this year – reading key passages aloud, and also reading the words of Americans through 246 years who’ve quoted and called on the national creed. @NPR https://t.co/S1DAtpvi49

Calls rang out almost immediately to defund NPR, which conservatives have demanded for years. Others said that while they enjoyed the segment, the Declaration of Independence still could have and should have been read. One woke senior investigative “reporter” at NBC News, however, was seriously impressed with NPR’s decision to reframe Independence Day.

“After years & years of Indigenous people, and Indigenous journalists, asking NPR to stop reading this document every year, they finally put a stop to it,” Graham Lee Brewer wrote. “For the first time in over 30 years, Native listeners don’t have to wake up today and hear an NPR host call them a slur.”

On the saner side of things, however, George Washington University law professor Jonathan Turley lamented NPR’s move and noted why it would have been a good idea to keep the tradition going.

“[This] is another lost opportunity to share a common article of faith of all citizens from 1776 that is renewed annually by every generation,” Turley tweeted. “Even with our divisions, we should be able to have one day to remember a historic and bold leap of faith in each other.”

Apparently having just one day of programming on NPR where America is not being bashed is just too much to ask for anymore.

It’s long past time to “break with American tradition” and begin the process of finally defunding NPR. Long past. Enough already. 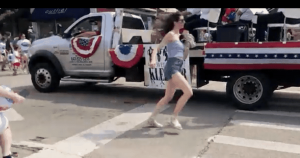 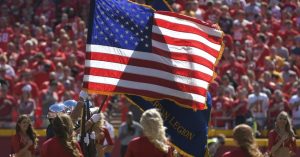