President Joe Biden received a positive reply from Chen Weihua, a Chinese Communist Party official. He took to Twitter to ask for lower prices at gas stations due to geopolitics.

Biden posted a tweet Saturday asking for price drops at major gas stations. He said that this was a time when “war and peril” is imminent. Chen Weihua, a Chinese official in state media, praised Biden’s realization of “that capitalism is about exploitation.” Fox Business reported. (RELATED: Chinese Media Suggests US Is About To Boil Over With Conflict After SCOTUS Decision)

Weihua is the EU Bureau Chief at China Daily, the outlet continued.

My message to companies that run gas stations or set prices at the pumps is: This is wartime and global danger.

Reduce the prices you charge at the pumps to reflect what you pay for the product. Do it immediately.

Now US President finally realized that capitalism is all about exploitation. This is something he didn’t know before.

While the Chinese state media official praised the President’s tweet, American billionaire Jeff Bezos bit back at Biden, accusing the administration of either misdirecting the American people or misunderstanding “basic market dynamics,” according to a recent tweet. (RELATED: You Know Things Are Bad For Biden When Bezos Starts Chirping)

Ouch. The White House cannot continue to make statements about inflation when it is too serious a problem. Either it’s straight forward misdirection, or an utter misunderstanding about basic market dynamics. https://t.co/XgKfEICZpk

The Biden Administration has repeatedly attributed high gas prices to Russia waging war on Ukraine but now seems to be implying that increased costs are due to deliberate price gouging. 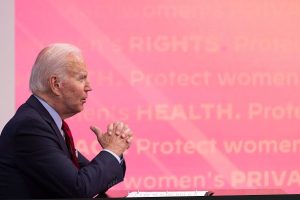