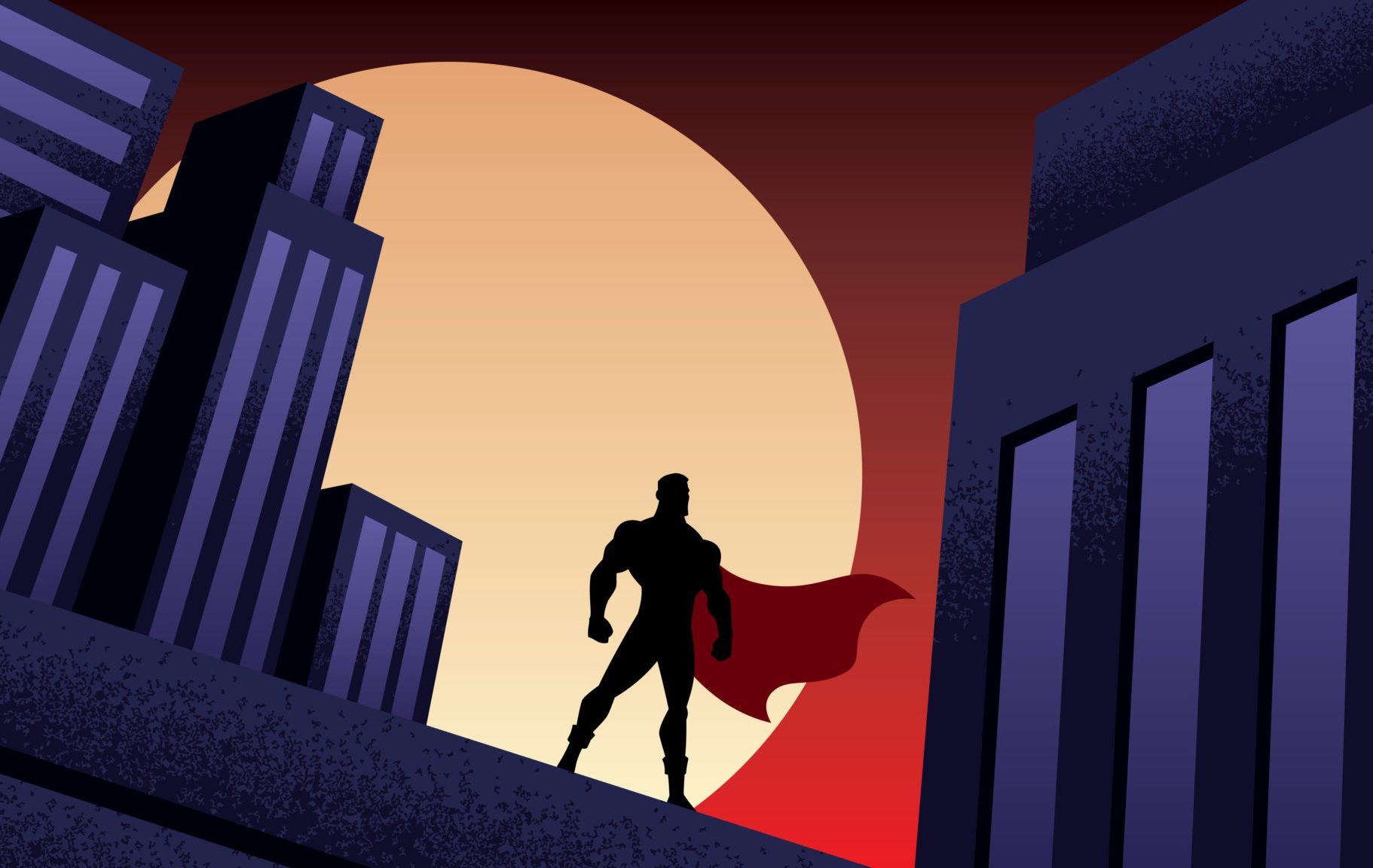 Artistic leaders who consider themselves to be refined might sneer about quaint anachronisms like the Hero’s Journey. But this is exactly what our world requires.

He didn’t like books in which dull, cranky writers describe humdrum events in the very humdrum lives of humdrum people. He was fed up with that sort of stuff in reality, so why would he want to read books about them ?… Bastian preferred stories that had a lot of excitement, humor, or made him dream. There were books where fictional characters experienced amazing adventures. Books that helped Bastian imagine everything.

If you want to understand the decline of American fiction and culture, look no further than the show The Boys, currently in its third season on Amazon Prime.

It is a world utterly without heroism or even goodness. Homelander is the leader of the super-heroes. He’s a warped, nativistic Superman who has white supremacist ties. The “Boys”, a group that aims to eliminate the super heroes and is headed by Billy Butcher, don’t fare much better.

This all feels very passe, in part because it is already dated. The comic series on which the show The Boys is based was written primarily in the mid to late 2000s, in Bush-era America, when a name like “Homelander” was a pointed and timely mockery of the War on Terror and the Department of Homeland Security. The TV show, which premiered in 2019, is trying to play catch-up, combining familiar (and often contradictory) left-wing gripes about both the Bush and Trump administrations into one disjointed milieu.

Nor is it the first attempt to deconstruct the superhero genre: the 1980s comic series Watchmen, and the 2009 film based on it, had already done this in some depth. But Watchmen is more a melancholy tribute to the genre, born of a plaintive wish that superheroes could solve our problems and a disappointment that they cannot. The Watchmen superheroes are a diverse group with varying motivations, some evil, but others well-intentioned. In The Boys, however, the contempt for superheroes, and the denial of the possibility that heroism could even exist, drips from every page.

See also  FACT CHECK: Was a Russian Submarine destroyed by the Israelis?

The portrayal of Superman as a white supremacist is particularly unfair, given that the original Superman comics were written by two Jewish cartoonists, Jerry Siegel and Joe Shuster, and are full of Jewish symbolism (from Clark Kent’s Moses-like origin, to his birth name, Kal-El, which includes the Hebrew suffix denoting a benevolent angel). In fact, Siegel said that he was inspired to create the character by his anger at “the oppression and slaughter of helpless, oppressed Jews in Nazi Germany.”

To be sure, the image of the superhero flying around in a cape with one fist raised has become a trite cliche over the years. It is an old cliché, but it has a purpose. Superman was the Ursuperhero. This means that all other heroes, such as Batman and Robin, are derived from him. The Superman legend, and those that came after it, have inspired generations of American children to adhere to classic values of upright citizenship–“Truth, Justice, and the American Way.”

Even among those who pretend to loathe heroism, the concept is still present in their minds in some form, as was the case in early 2020, when we were deluged with images of superheroes bowing to doctors. This is the group most vulnerable to moral and evil sins, who needs a free-floating concept of the archetype.

This is the true, laudable legacy of Superman: not a racist power fantasy, but an immigrant story, one of an outsider blessed with great powers, who made a conscious decision to foster a moral compass and use his powers to fight evil. The creators of The Boys do this legacy a great disservice by rewriting Superman as a megalomaniacal demon out of Noam Chomsky’s nightmares.

What’s more, they do us all a great disservice by attacking the last ghetto of idealism and heroism in storytelling: speculative fiction.

In the past, authors from Victor Hugo to Mark Twain to Walter Scott published stories which included no magical or science fictional plot devices, but which still contained many of the thematic elements that make superhero stories so popular today. These stories featured admirable characters doing great things. They also included adventures and living up to their principles. They appealed to humanity’s best qualities.

Even a few decades ago, there were adventure stories (including Westerns and spy thrillers like the Bond novels) which depicted heroism, or some semblance of it, in our world. Today, this idealism is largely absent from mainstream storytelling and has been confined to the realm of speculative fiction.

This is why “nerd culture,” including superhero stories as well as fantasy and sci-fi epics like Harry Potter, Star Wars, and The Lord of the Rings, has become so popular in recent years. Except for Tolkien’s writings, none of these stories can be called great art. Much of the material is filled with annoying woke-ism. These stories are adored by the people because they satisfy the desire for positive narratives, which show life in vibrant colors and that demonstrate that good can be overcome by those who possess the right virtues.

All of this, however, still proffers a significant concession. Their creators have subtly admitted that important and beautiful things don’t happen in real life by placing their stories elsewhere–in space or magic alternate universes. The ground of mainstream literature has been abandoned to them. They now have a world without heroes or villains, populated by characters who are weak, neurotic and flawed.

By these lights, Our Country Friends by Gary Shteyngart is the perfect modern novel. If you haven’t heard of Our Country Friends, you shouldn’t feel out of the loop. This book was written for literary critics, but not for the general population. It is the kind of book that will never catch the imagination. The story focuses on the lives of half a dozen elites that hide from the “pandemic coronavirus” at a country estate in upstate New York.

See also  Cory Morgan: When It Comes to Limiting Carbon Emissions, Trudeau Is Not Leading by Example

The central character of the novel, an unambiguous author self-insert, says at one point that he wishes “for a literary future without handsome heroes.” This sets the tone for the rest of the book. Even for more optimistic characters, it is filled with an empathetic sense of narratorial contempt and condescension. It lacks hope and inspiration. There’s no one to admire. There is little more than petty drama, depressing sex and commentary on the evils that poor white America has to offer.

But at least Shteyngart’s novel stays in its own lane. The Boys does something far worse: it viciously assaults the final refuge of idealism in fiction, attempting to smoke out the few remaining holdouts, to bring “realism” and “relatability” to superhero fiction. No one is left to admire. Superman must become a racist pervert. The only problem is that once heroes are gone, you are left with the dreary world of Our Country Friends.

People need idealism and uplift, particularly during difficult times. People need inspiration and support, especially during difficult times. This idea is implicitly acknowledged by people who advocate for strong female role models in pop culture. While artistic elites may be scathing about the Hero’s Journey’s quaintness, it’s precisely at times when the world’s darkest moments that heroes (in reality and fiction) are needed. That is why Superman has to defeat Homelander.

Jason Garshfield is a freelance writer whose work has appeared in Townhall, RealClearPolitics, and numerous other publications. 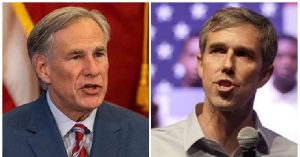 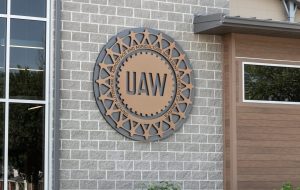