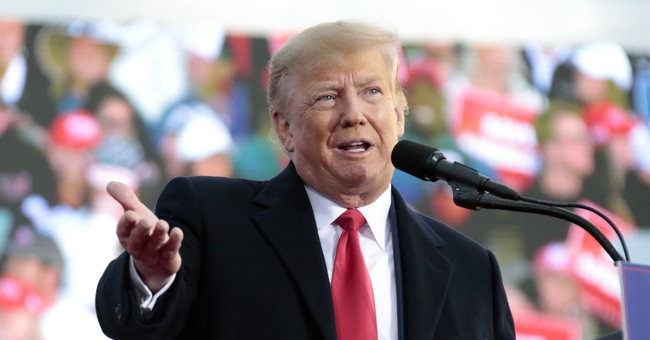 This question is being asked regularly, right now. What about a Trump-DeSantis “dream team” ticket in 2024? It is possible? Given Ron DeSantis’ popularity, would Donald Trump consider making the offer?

Perhaps more important, would DeSantis agree to it?

Various reports suggest that the popular Florida governor doesn’t want Trump’s 2022 re-endorsement in the gubernatorial election, nor does he want Trump to campaign for him. But while Trump has begun to dance around the 2024 question, DeSantis appears to want zero to do with answering it.

Also, during an interview with Newsmax TV on Thursday, Trump said he’s not ruling out DeSantis as a possible running mate. If Donald [winking emoticon] actually runs, that is. Trump told Newsmax he has a good relationship with DeSantis — right before going full-metal Trumpian, and attempting to take credit for DeSantis’s success and popularity in the Sunshine State, as transcribed by The Epoch Times:

Well, I get along with him. His success was largely due to me being his supporter and he rose like a rocketship.

Trump was referring to his 2018 endorsement of DeSantis in his gubernatorial run against Democrat Andrew Gillum. Speaking of Gillum, as my colleague Nick Arama reported on June 22, he was charged in a 21-count federal indictment with conspiracy, wire fraud, and making false statements to FBI agents.

Anyway here is Trump again on DeSantis via Newsmax:

I was responsible for his election, but we have a great relationship.

Either way, DeSantis remains a popular choice to dethrone Trump in 2024; if Trump is to be dethroned.

TRUMP ON DESANTIS: “I was very responsible for him getting elected, as you know, but I have a very good relationship with him.” pic.twitter.com/IiOyufNp9R

As I reported earlier in June, Trump played nice with the possibility of a DeSantis challenge for the 2024 nomination during an interview with The New Yorker. Trump told the magazine he wasn’t really worried about DeSantis in 2024, one way or the other. Why? According to The New Yorker,

I’m not sure if Ron’s running and don’t want to ask. He can do it. It’s my belief that I would win.

DeSantis’s “prerogative” aside, as I noted in the article, behind-the-scenes machinations would suggest that both camps are already plotting — or at the minimum, considering — strategies against the other.

Longtime Republican campaign strategist Brooke Rollins told The Epoch Times on June 14, several weeks before a Ready for Ron PAC was created in support of a DeSantis run, that “The information I’ve gotten the last several weeks is Trump is definitely running,” which should come as zero surprise to zero people.

At that time I wasn’t sure if Trump was running. Since then, I have made it very clear that he [DeSantis] will not run against Trump.

One wonders if Rollins, as well as Trump’s team are still as certain about this.

As RedState reported in late June, a New Hampshire poll conducted June 16-20 by the University of New Hampshire showed DeSantis leading Trump for the nomination, and beating Joe Biden in a general election matchup. In the same poll, Trump lost seven points to Biden.

Regardless of how 2024 plays out, as I suggested, above, we’re going to need a hell of a lot of popcorn. Trump wouldn’t be able to accept other “disloyal” Republicans into the race. He would also likely resort the same ad hominem attack on “Little Marco,” Ted,” Low-Energy Jeb, and almost every other Republican candidate.

And, if DeSantis decides to challenge Trump, he’ll be as formidable as ever and will give everything he can — much like we have seen him repeatedly do against Florida Democrats and the Biden Administration. The Florida governor is adamant that he will not be stopped by anyone, just like Trump.

Hopefully without the Jan.6 silliness. 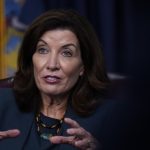 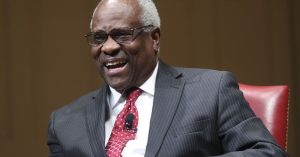