During a press conference Thursday in Madrid, President Joe Biden called the decision “destabilizing” and “outrageous behavior,” not just “on overruling not only Roe v. Wade, but essentially challenging the right to privacy.”

Biden: “[T]he one thing that has been destabilizing [the world] is the outrageous behavior of the Supreme Court of the United States in overruling not only Roe v. Wade, but essentially challenging the right to privacy.” pic.twitter.com/HUuJlOktOH

“We’ve been a leader in the world in terms of personal rights and privacy rights, and it is a mistake, in my view, for the Supreme Court to do what it did,” Biden stated during the press conference.

U.S. Ambassador to the U.N. Linda Thomas-Greenfield said in a press release Friday that “the Supreme Court has taken away the established, fundamental, Constitutional right to abortion from millions of Americans. This is a cruel, dark, and dangerous decision.”

Thomas-Greenfield also cited the right of privacy and raised concerns about gender equality, saying, “what makes this decision so heartbreaking is that Americans had a clear and unequivocal Constitutional right stripped away. Roe v. Wade not only protected the right to privacy, it also reaffirmed basic principles of gender equality – that all women have the power to control their own destinies and make intensely personal choices free from interference from politicians.”

Attorney General Merrick Garland released a statement saying that the overturning of Roe v. Wade “eliminated an established right that has been an essential component of women’s liberty for half a century” and that “The Justice Department strongly disagrees with the Court’s decision.” (RELATED: EXCLUSIVE: House Republicans Demand Attorney General Merrick Garland, DOJ Take Action Over Vandalized Pro-Life Pregnancy Centers)

This is not the first time that Garland or the Department of Justice (DOJ) have gone against a decision made by the Supreme Court in matters that did not specifically affect federal law. The DOJ said “we respectfully disagree with the Court’s conclusion” on the New York State Rifle & Pistol Association Inc. v. Bruen case, which struck down a New York State law requiring gun owners to show “proper cause” to obtain a concealed carry permit.

Secretary of State Anthony Blinken declined to give his opinion on Roe v. Wade during a press conference in Berlin saying that he didn’t “want to get ahead of the President.” Blinken focused on highlighting the administration’s aim of maintaining “solidarity” with all its allies in its efforts to support Ukraine. 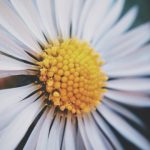 Previous post POLL: Even Democrats Think The Country Is Going In The Wrong Direction