Democratic Massachusetts Sen. Elizabeth Warren sent a letter Wednesday to the Secretary of Health and Human Services (HHS) Xavier Becerra, demanding that HHS allow Americans to register to vote when they apply for health insurance, The Hill reported.

Warren argued that HHS could best help low-income Americans register to vote because of the department’s routine interactions with Americans who live below the poverty line, according to The Hill. This was because low-income voters face unfair disadvantages when voting.

“Voter registration is the most significant barrier to voting for low-income Americans and communities of color,” Warren wrote in her letter to HHS. “HHS interacts with these communities annually through HealthCare.gov and can and should offer its users the opportunity to register to vote.”

The letter was sent requesting an update on the department’s handling of Biden’s executive order calling for the head of each agency to develop a plan to “promote voter registration and participation.”

We must restore our democracy so that a radical minority can no longer drown out the will of the people.
Expand the Supreme Court to rebalance it.
End the filibuster to codify Roe.
Fix the Electoral College so popular-vote losers like Trump can’t stack the courts again.

“The American Civil Liberties Union and Demos have offered HHS comprehensive guidance on how it may consider executing on its commitment to add voter registration to HealthCare.gov,” Warren wrote in her letter.

The guidance referred to by Warren called for government agencies to integrate voter registration into “all relevant agency transactions,” as well as regular training of staff to provide “effective voter registration services at your agency,” according to a presentation created by both groups.

Members of Congress wrote a letter to the Biden administration in March condemning Biden’s executive order, according to Fox News. In the letter, Republican members of Congress argued the initiative was in conflict with Article 1, Section 4, of the United States Constitution which guarantees the right of individual states to make and enforce electoral laws. 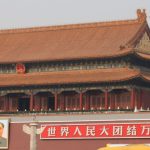 Biden Requires That Gas Prices Drop, and Gets Applause From a Chinese Official